Ledding posted a message in August on the Rosetown Rant and Rave Facebook
page that she was interested in starting a local branch of Random Acts of Kindness
“as a way for us to reach out to our more vulnerable members of our community,” she
said.
“Two-thirds of people who need mental help don’t seek it out, so sometimes we have
to be the ones who reach out to the lonely and the vulnerable in our community,” she
said.

Meagan Craig, the Young Living team leader, said the largely independent network
marketers aim “to give back.” Her original idea was to “touch” a local operation “and
help out in ways that most people maybe weren’t aware of or didn’t know how to,”
Craig said. She asked for advice on a potential recipient and the marketers chose the
branch’s Random Acts of Kindness project.

They met with Ledding and learned “what exactly she does and how she gives back
to this community and it couldn’t have been more fitting, to try and do something for
somebody local and in need,” Craig said. The money came from sales to more than
100 people of Young Living’s leading plant-based cleaner.

Random Acts of Kindness represents a good way to help lonely, vulnerable people
“feel valued and like they contribute something valuable to our community,” Ledding
said. “It raises self-esteem and self-confidence. It makes people feel like they can
trust their community and, if people need help, they can go out and seek it.”

After receiving such contacts from friendly residents, people could feel “a little bit less
vulnerable because they’ve built themselves up,” she said. The meetings could
cause them to think they’ve improved themselves “by raising their resilience levels or
their self-confidence,” she explained. Ledding suggested as examples contacting a senior who needs someone to play cards with or go for coffee with to “make them feel a little bit more special, more
valuable.”

She also plans to join with high school guidance counsellor Kara Carlson in an effort
to revive the Students Making a Difference Club. A major project will involve setting
up a sunshine board – “a chance for students to write anonymous notes of
encouragement,” Ledding said.

“We will pre-read them, then they will put them up and students can read them,” she said. Subjects of the notes will be able to stick them in their lockers, then, “Every time they open their locker, they have that reminder there,” she said. They can be particularly valuable to encourage “those who aren’t on the football team or who don’t
occupy a speciﬁc niche in the high school,” Ledding said. “They’re then contributing to their community and they feel more important.” The overall Random Acts of Kindness project “will be community wide,” she said. “We’re really hoping we can raise the mental health of the whole community by doing something interactive like this,” she said. Ledding plans to post the date of a Random Acts of Kindness registration night in October where people can indicate when they’d be available and what they’d be willing to do, including “something more physical like helping clean someone’s yard when they’re not physically able,” Ledding said. 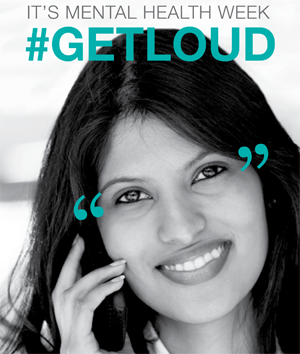